The Torah MiTzion Kollel in Montreal was founded in 1998. The Kollel is housed in the Lieberman Beit Midrash of the Hebrew Academy of Montreal. The Shlichim also operate in four shuls within the community – Congregation Tifereth Beth David Jerusalem (TBDJ), Adath Israel Congregation, Beth Israel Beth Aaron Congregation, and Congregation Beth Zion.

After school, the Shlichim run programming for students of all ages, including an after school Bekiut club, Bat Mitzvah program, and Torah classes for college students. One night a week, the Kollel bachurim host a “movie night” in their apartment for high school students.

Each evening, the Shlichim have chavrutot with members of the community and offer classes and lectures for men, women, and students of all ages and from all Jewish backgrounds. The Shlichim also run special programming for events and holidays in the Kollel and in the different Shulls in the community.

KTM Montreal has two unique projects: Family Learning, which takes place every Motzei Shabbat two months out of the year, is a learning initiative where parents learn with their children and do an interactive art project. Another one of their unique programs is the ‘Learn It Yourself’ campaign. This campaign offers an intense six week blitz of learning activities concluding with a school wide raffle. The program aims to encourage the students to participate in the numerous learning opportunities in the Kollel.

The KTM Women’s Beit Midrash offers weekly classes for women of all ages, special lecture series, and chavrutot. A new initiative is special educational themed nights for women hosted by women from the community. These nights are full of inspiration and warmth creating a strong bond within the community.

The Executive Director of the Kollel is Miriam Mamane. 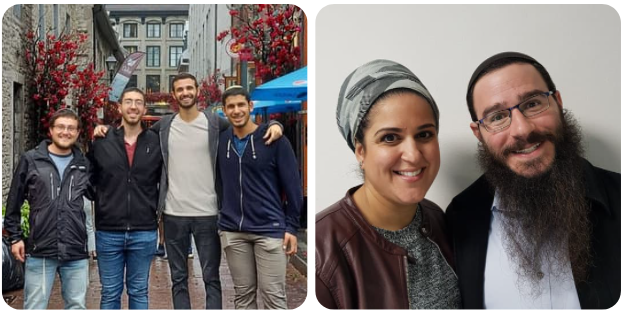