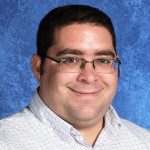 “So he blessed them on that day, saying: “With you, Israel will bless, saying, ‘May G-d make you like Ephraim and like Manasseh, and he placed Ephraim before Manasseh”. With these words Yaakov Avinu blessed his grandchildren that were born from Yossef. This blessing comes immediately after Yaakov crossed his hands and put his right hand on Efraim, the younger and his left hand on Menashe, the elder.

In both times Yaakov put Efraim before Menashe, contrary to our expectations. When Yossef asks Yaakov why he did it Yaakov answers that Efraim will be greater than Menashe, and therefore he deserve to be first. Of course, this is not the first time in which the younger broter is chosen above the elder; Avraham choose his youngest – Yitzhak – to continue the covenant with Hashem, and Yitzhak does the same – choosing Yaakov over Eisav. Maybe Yossef is afraid that Menashe will be totally rejected from the family and from the Jewish nation.

It is ironic to see that in the end the opposite happened; following the history of these two tribes, we’ll find that often the tribe of Efraim, who got the ‘better’ blessing, turn away from Hasshem’s ways, while Menashe had more righteous descendants. What was Menashe’s secret? Why did he succeed where his brother often failed?

The secret of Menashe is connection. When you keep your tradition and remain aware of your legacy, you create and maintain a strong connection between the former generations to the next generation. Where do we see this come to bear with Menashe and Efraim? When the tribes of Reuven and Gad ask to stay in the east side of the Jordan River Moshe agrees but stipulates that half the tribe of Menashe is to live with them as well. Why? To keep them connected to Torah. He knew he could trust Menashe to keep up their ties with their other half on the other side of the Jordan, and thus with the Temple and Hashem as well. Beside Yehoshua that came from Efraim, the other figures we meet from that tribe were evil: Yoravam, king of the Israeli kingdom after it seceded from Judah, worshipped Avoda Zara, and basically started a dynasty of idol worship. His descendent, Achav, married an idol worshipping princess from Tzidon.

The name Menashe in Hebrew refers to Forgetting. Yossef declared that G-d made a big Chessed, kindness, with him when he cause him to forget all his family “And Joseph named the firstborn Manasseh, for “God has caused me to forget all my toil and all my father’s house.” But in the end Menashe was the one who stayed connected to Torah and Mitzvot more than Efraim.

I think that the Jewish nation is facing a significant identity crisis. We see enormous numbers of Jews that forget their tradition and their legacy, and we need to fight it. To do so we need ‘Menashe power’.