ISRAEL AT 70 Special message from our Executive Director 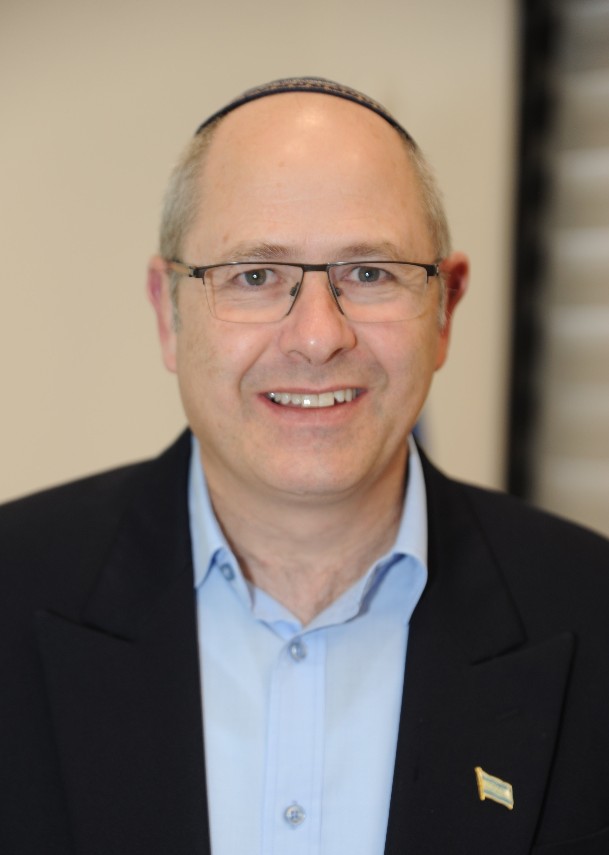 ISRAEL AT 70 Special message from our Executive Director
The turning point in my life was at the age of nine. Together with all of Am Israel, I held my breath in suspense as to the outcome of the Entebbe hostage crisis. I’ll never forget that Sunday morning. I remember clearly, there was a power shortage, so we were all attuned to the car radio… and the headline news was about the miraculous rescue of the hostages. I will never forget the mention of the Israeli commander who was killed in the operation, later came to be known as the world hero – Yoni Netanyahu For me, Yoni symbolized the Israel whereby no Jew will be in danger no more, and that no Jewish life will be compromised.I recall the theme of a Bnei Akiva peula years later: “How would you respond, were you to wake up and Israel no longer existed?” For me, even the question was traumatic. Could there be a reality that Israel was no longer there?My Zaide, fled his Lithuanian home at a young age for the safety of South Africa, only to tragically lose his parents in the Holocaust. So, on the one hand we grew up having Israel and Zionism, yet on the other, the Shoah was a major focus in our lives I was fortunate to make Aliya after high school in January 1985.  I was always proud to have had the great merit to learn in Hesder yeshiva in Israel and serve in the army. I continued to serve in miluim all the years and fight in the second Lebanon war at the age of 39.

Israel of the 80’s, 90’s and the new millennium, had turbulent times. The aftermath of the first Lebanon war, the first intifada, the second intifada, and then baruch Hashem, the waves of olim from Russia that brought such a sense of reawakening, such a sense of joyce and hope. A million Jews flushed the country, and created new opportunities. Who would have imagined!  I found myself saying that when you hear all the building going on that is not a noise. Rather paamei hamashiach, the bells of the mashiach.

The existence of Israel is a daily miracle. Firstly, the ingathering of the exiles, kibbutz galuyot. Secondly, every day the Arab armies around us want to conquer and destroy us. Every day there is a living miracle that millions of our enemies are unable to fulfill their dreams. There have been trials and tribulations; in my opinion the most difficult periods and trying times in recent Israel have been the assassination of Prime Minister Yitzchak Rabin, the traumatic expulsion of the Jews from Gush Katif, the hitnatkut,  And lastly, the intifadas (especially the high price of the Oslo accords, with major terror attacks on a regular basis).

Israel at 70 is not just אתחלתא דגאולה , the beginning of the redemption, but in the midst of the redemption itself. We see our country blooming in so many ways. Israel has become a military, technological, innovative super power. At the same time, we are also obliged to fulfill our role as “Ohr LaGoim ” a light upon the nations.

In spite of the Shoah, the worst חילול השם in the nation’s history, and since the birth of Medinat Yisrael, we have been witnessing the flourishing of the Torah world, as never before. This gives strength and mission to Torah MiTzion to try and bring forth the words of the prophecy of Yechezkel (Ezekiel 28) depicting Israel’s homecoming:

‘So says the Lord G-d: When I gather in the house of Israel from the peoples among whom they have been scattered, and I have been sanctified through them in the eyes of the nations, then shall they dwell on their land that I gave to My servant, to Jacob. And they shall dwell upon it securely, and they shall build houses and plant vineyards and dwell securely and they shall know that I am the Lord their G-d’

As I drive the roads of Israel, I stare in awe at the dream unfolding in front of me. It’s not that there are no challenges. But looking around and realizing where we’ve come from, leads to a deep appreciation of the development process and where it’s going.

And thank G-d this is in my humble opinion what represents Israel at 70.
comments: zeev@meirb32.sg-host.com