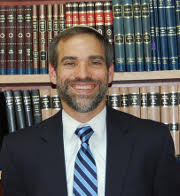 This week’s Parsha signals a major transition in the early history of Klal Yisrael. Not only does Sarah’s death force the end of her own role, with her passing, Avraham’s position as the standard bearer of the covenant begins to fade as well. Avraham will live for close to another forty years. He will marry Ketura and father six children. But if Hashem spoke to him during that period, the Torah does not feel it significant enough to inform us of that revelation. From our perspective, Avraham – the Patriarch – loses his significance with the death of Sarah – the Matriarch.[1] This being the case, there is import to the final story in which Avraham acts as the primary player – the burial of Sarah and the obtaining of the Maarat HaMachpela for that purpose. The Hittites probably looked at the whole business as just an acquisition of a burial plot. Throughout the story they refer to the gravesite simply as ‘kever’ and to the surrounding field as ‘sadeh’. Their initial offer is to allow Avraham to bury Sarah amongst their dead – (Breishit 23:6) and when faced with Avraham’s insistence for a separate site, Efron the Hittite seems willing to simply give Avraham the land (Breishit 23:11).  Avraham, on the other hand, will insist on purchasing the grave, even at an exorbitant cost. Equally important, Avraham will refer to the plot time and again as Achuzat Kever literally translated as a “burial holding”. The terminology is not incidental. The Midrash HaGadol comments: “Achuzat Kever Shetehei L’Achuzat Olam” – A burial holding that should be (treated as) an eternal holding. From where does the Midrash draw this reference from? Presumably from G-d’s promise to Avraham six chapters and thirty eight years earlier at the Brit Mila. “VeNatati lecha u’lzaraacha acharecha et Eretz megurecha et kol Eretz Kna’an La’Achuzat Olam”- And I will give you and your descendants after you the land that you dwell in, the entire land of Canaan, as an eternal holding…” (Breishit 17:8). That unfulfilled promise, the Midrash is saying, echoes in Avraham’s mind as he stands over his dead at the gate of Hevron. “Achuzat Olam?!” he may have asked himself.  Here he is, decades later – still describing himself as Ger V’Toshav, a resident alien of the land that G-d Himself had termed Eretz MeGurecha. After the Brit Mila, G-d had revealed himself to Avraham – Vayera Hashem El Avraham. Now he stands alone amongst the Hittite, with Sarah no longer alive and with neither Hashem nor Yitzchak in view, perhaps realizing that his historic role is coming to a close. And with that realization comes another – that the Brit, in of itself, is not enough. There needs to be an Achuza  – a physical holding – as well, and it is he, Avraham, as partner in the covenant, who must make tangible progress in its fulfillment. It is he must make the first Achuza. “Achuzat Kever Shetehei L’Achuzat Olam”. A burial holdingthat should be (treated as) an eternal holding, says the Midrash. His will be an Achuzat Kever, it is for G-d to transform it to an Achuzat Olam. The actions of Avraham reverberate to this day. Halachically we might say that in this achievement, Avraham foreshadowed the concept of “Kidsha L’shaata Kidsha L’atid LaVo” – The act of sanctification of The Land, in the time of Yehoshua, Ezra or our own, can become an eternal one. Metaphorically, one might add, it is Avraham’s action that has beq Jewish People, too often tragically engaged in burying its own dead for close to two millennia, the determination to return to the Eretz Megurecha of the Avot and Imahot – ever faithful to its belief in G-d’s promise of VeNatati L’Zaaracha… et kol Eretz Kna’an La’Achuzat Olam

[1] Rav Yosef Dov Soloveitchik, Zt”l (Man of Faith in the Modern World, pp. 83-90) sees this as an outgrowth of the complementary roles that Avraham and Sarah (and by extension all the Avotand Emahot) played. The Netziv (Haamek Davar) had already begun to develop this theme.