The Land He Gave to Mankind 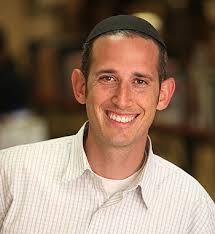 The Land He Gave to Mankind

Parashat Behar is dominated by the laws of Yovel and their nature. Ultimately what marks the Yovel is that it reverses various acquisitions that have transpired since the previous Yovel. Land that was sold is returned to its original owner, slaves that were hitherto indentured are set free. Broadly speaking, these laws express God’s jurisdiction and dominion over the world. As such it is surprising that there is a notable exception to the rule of Yovel, namely a residence inside a walled city.  There, the law dictates that after the sale of one’s residence inside a walled city one has the option to redeem the house for up to one year from the sale. After the initial year the house belongs to the purchaser in perpetuity, the residence does not return to its original owner at Yovel.    The Chizkuni suggests that the reason for the disparity lays in the fact that fields are the source of man’s sustenance. As such the torah makes stipulations on land sales to insure that man will not lose the source for his provisions.  On the other hand, a house, does not generate income and as such may be sold in perpetuity (chizkuni 25:29, see also the Orach Chaim for an inspiring exposition on these psukim).  Ultimately, according the Chizkuni, it is a matter of practical financial considerations.

Rav Amnon Bazak of Yeshivat Har Etzion suggests an alternative understanding. If it is true, as we suggested, that the framework of Yovel is to demonstrate God’s dominion over the world, why do the fields have to revert to their previous original owners? Why don’t the fields simply become ownerless?  Rav Bazak proposes that it is because initially the fields were given to their original owners by The Master of the Universe: “you shall give the land as an inheritance by lot to your families; to the many you shall increase its inheritance and the few shall you decrease its inheritance. Wherever its lot shall fall, his shall it be…” (Bamidbar 33:54).  The act of the fields returning to their original owners is in fact a recreation of the primary division that was divinely orchestrated.  However, Hashem, partners with man. God gives man room, and indeed expects man, to cultivate and advance the land. As the pasuk in Tehillim (115:16) states “and the land He gave to mankind.” A walled city is the fruit of man’s labor, a testament to his creativity and capabilities, and perhaps serves as a reminder to his mission. Because the walled city and the home are products of man’s ingenuity and labor, ownership over the residence is retained even during Yovel.

In light of Rav Bazak’s thought, perhaps one can suggest that keeping the residence is a “payment” of sorts that Hashem makes to us for partnering with Him in developing His land. For more than a century now we have been actively building up, cultivating, and developing the land of Israel. Ceasing our involvement may, heaven forbid, compromise our right to the land. Our involvement in this epic endeavor helps to insure that Israel forever will remain the sole possession of the Jewish people in perpetuity.