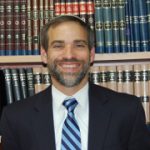 If You Build It, He Will Come: The Macro and Micro of the Mishkan

They shall make Me a sanctuary, and I will dwell among them. (Shemot 25:8) G-d “dwelling” amongst Am Yisrael is seemingly a straightforward concept, but the philosophical and theological conundrum of the Infinite “dwelling” in a physical structure is well-nigh insoluble. Indeed, when he dedicated the first Bet HaMikdash, Shlomo HaMelech directly addressed the riddle and left it as an open question: “But will G-d in very truth dwell on the earth? behold, heaven and the heaven of heavens cannot contain Thee; how much less this house that I have built” (Melachim I 8:27). In place of an answer, he proceeded in the following 15 verses to place the emphasis on how the Mikdash, by virtue of His Name being associated with it, becomes the focal point for humanity’s supplication to Him.

Fast forward to Hazal. The various midrashim did not try to tackle the problem head on, preferring to find different symbolisms in the structure and makeup of the mishkan/mikdash and finding significance in what the imagery may represent. Different midrashim created different models; the lessons to be learned, in turn, vary as well. Let’s look at two approaches which at first glance, are almost polar opposites. In Shemot Rabbah (33:4), the midrash draws a close to 20 point analogy between prophetic descriptions of the heavenly court and the features of the mishkan: …Rav Berachaya began (his discourse on the mishkan with the following observation): ‘Thine, O HaShem, is the greatness, and the power… for all that is in the heaven and in the earth is Thine…’ (Divrei HaYamim I 29:11)  – Whatever The Holy One Blessed Be He created Above, he created below…. Above, there are cherubs, below cherubs…  According to this understanding, in building the mishkan we are enjoined to model it upon the heavenly court in an attempt to symbolically create a mockup of Heaven in this world, a place in this imperfect world where G-d can “feel at home” as it were. Presumably, all who enter or look towards that place as a source of inspiration will see it as an “ascent” to shamayim.

How different is the allegory drawn in Midrash HaGadol : The Mishkan corresponds to the composition of man. Gold represents the soul, silver the body… the techelet is reminder of his (bluish) tendons, the argaman, his (ruddy) muscle… Said the Holy One Blessed be He, when I examine them and find them whole I can dwell in their midst as the verse says: They shall make Me a sanctuary, and I will dwell among them In this outlook, the mishkan is not a miniature Heaven, rather a call to each individual to fulfill his spiritual potential, to, as encapsulated in Rav Hutner’s z”l famous formulation, “B’lvavi Mishkan Evneh L’hadar Kvodo” in my heart I will build a mishkan to glorify His honor”. Man needn’t ascend to Heaven, he must attempt something far more demanding – to create, in himself, a place for G-d to dwell.

Rav Chaim Volozhin, in his Kabbalistic work Nefesh Hachaim (1:4) saw the mishkan itself as the axis which connects these two midrashic poles and links man to Heaven. …For the Mishkan and the Mikdash incorporated the forces of the (heavenly) spheres…all was built modeled on the (world) on high and the heavenly chariot… Man too is a model and facsimile of the mikdash and its instruments… … it is clear (though) that the primary mikdash… is man. For if he sanctifies himself appropriately through the fulfillment of mitzvoth which are themselves linked to the Highest realms, he connects all the Spheres and becomes a sanctuary in whose midst Hashem is found… It follows that (from G-d’s perspective) His ultimate goal is not the creation of the external mikdash in of itself but rather that it serve as the model and inspiration for you, in all of your actions and interactions to be a mikdash in your own self…

In other words, by transforming ourselves into His mishkan, we ascend to Him as well.