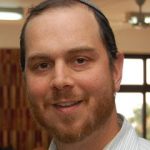 Cities for Our Children

Rabbi Berel Wein once related that when they were building the new building for Yeshiva Shaarei Torah in Rockland County, NY, a member of his board called him with a question. "Rabbi, the contractor called to tell us that they just got access to a special shipment of wood. If we pay just a little bit more, we can use wood that will guarantee the stability of the building frame for the next seventy five years!" Rabbi Wein said that upon reflection, he realized that that very few, if any Jewish buildings ever stay in the possession of the Jewish community for that period of time. So he demurred. Save the money, he said. Who knows where we'll be seventy five years from now.

Parshat Matot relates the famous request of the two tribes (Reuven and Gad) to stay on the East Bank of the Jordan River. Originally, Moshe angrily refuses their request, questioning their motives and lack of devotion to the Jewish people. He even asks the fateful and painful question: "Will your brothers go to war while you sit here?" After multiple reassurances, Moshe finally relents and lets them stay there on the condition that they first help conquer the land. Nonetheless, despite Moshe's acquiescence, the Midrash (Bamidbar Rabbah 22:7) is overly critical:

"The Children of Gad and Reuven, who were very wealthy and loved their money and settled outside the Land of Israel. Therefore, they were exiled first of all the tribes. What caused this? It was because they separated themselves from their brothers on account of their possessions".

Where do we see that they went wrong? What’s wrong with their request? They have all this sheep; they see that the land is fertile? They’re willing to go fight. So what’s the problem?

Rashi explains that the problem lies in their attitude. There’s nothing wrong with being wealthy. Every community needs people of means who lead through their own behavior and generosity. Who do you think blessed the tribes with all that sheep in the first place? But, instead of seeing the sheep as a means to an end, they forgot it was a means, and saw their wealth as the end. Rashi, based on the Midrash, explains that when the tribes tell Moshe that they’re willing to go fight and conquer the Land of Israel together with the rest of the Jewish people, they tell him the following:

"We’ll build pens for our cattle here and cities for our children, and then we’ll arm ourselves and fight to conquer the rest of the land". (32:14)

Yet, when Moshe gives the tribes final permission to settle on the East Bank of the Jordan River, he switches the order around:

"Build for yourselves cities for your children and pens for your cattle…" (32:24)

By shifting the order of the projects, Moshe conveys both to the people in his time, and for all generations, a critical message about priorities. It’s fine for them to want to build their wealth – and important as well. Investment and capital represent critical avenues for growth and development. But they had lost their sense of priorities. Moshe tells them that they’ve got it all mixed up. You don’t build pens for your cattle first. First you settle your children; first you build your cities, and only then can you build your businesses and careers and wealth. Because they confused their priorities so badly, the Midrash sees that ultimately, they are doomed to failure.

"Said God to them: You embraced you cattle more than your offspring. I swear that you will not see a sign of blessing [from your wealth]".

The upcoming Nine Days are a time when we bring our pleasure level down just a little bit, and consider the suffering of the Jewish people throughout the ages. But during the summer, when perhaps we’re taking things a little slower than we normally would, we need to also ask ourselves: before I begin to build some more, before I begin to build my business, or my law practice, or my medical career, or whatever it is that I do, I need to ask: what are my priorities? What am I building? What comes first? Am I building cities for my children, or pens for my cattle? Do I understand that I’m working these long, hard hours to build a family and a community to help me pass on the values and ideals that Judaism teaches us? Or am I first building pens for my cattle? Have I allowed my work to so overtake me that I no longer know whether I’m running the business, or it’s running me?

The idea of building cities for our children carries even greater meaning today. While building Jewish communities in the Diaspora is important, do we really believe that the buildings we erect today will be here seventy-five, or even fifty years from today? The greatest investment we can make in the future of the Jewish people is in the building of the cities of Israel, and in the future of the Jewish people. That is the most meaningful investment that we ask Jews can make not in Israel's future, but our collective future. Just ask Rabbi Wein. Shaarei Torah is still around, thank God. But Rav Wein lives and teaches from the Holy Land.