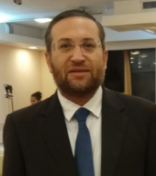 THE ESSENCE OF TESHUVA OUT OF LOVE

These thoughts on teshuva are dedicated to the memory of my father-in-law, HaRav Natan Daniel ben Avraham Yitzchak Siegel, who passed away this last month.  My father-in-law was a living example of a person who lived a life of Teshuva and tried to influence everybody around him to do so too. He always spent the month of Elul learning Hilchot Teshuva. He was a student of Rav Yoseph Dov Solovietchik, and studied and taught from the teachings of Rav Kook and particularly Orot HaTeshuva. He lived by the light of the teachings of Rav Nachman of Breslov that said that one always has to do teshuva upon the teshuva you have already done.

The world of teshuva is wide and vast and includes halachic concepts and deep Jewish thoughts; the climax of the whole process is Yom HaKippurim.  I want to  try to understand the words of our Sages in Masechet Yoma 86B: “Reish Lakish said: Great is the Teshuva that intentional sins become non-intentional…is it so? There is another statement by Reish Lakish: Great is the Teshuva that intentional sins become merits, and the Gemora answers: “The second one is referring to Teshuva out of love and the first is Teshuva out of awe”.

We need to understand what is the deep difference between these two types of Teshuva.  In addition, it is odd that the Rambam does not mention these two categories in Hilchot Teshuva.

This question brought Rav Soloveitchik to examine Hilchot Teshuva and to divide Hilchot Teshuva into two main sections; The first section: Chapters 1-4 deal with the act of Teshuva and specify all the laws and rules of Teshuva.  Already here the Rambam could have ended Hilchot Teshuva. Chapters 5 and 6 are an addition to the laws of Teshuva where he clarifies the issue of free will and the knowledge of G-d, which the Rambam refers to as the principles that are associated with Teshuva. The second section: Chapter 7, which opens with the principle of free will, says: “Since each person has free will which is given to him, he should try to do Teshuva and to confess with words”. The Rav asks why does the Rambam, in chapter 7, return to the issue of Teshuva and what does the Rambam add here beyod what was already said.

If the Rambam’s reasoning is that the mitzvah of Teshuva is dependent on free will, he should have begun Hilchot Teshuva with this principle and should not have waited until chapter 7. However, chapter 7 bears a great new teaching. Here it is referring to a new type of Teshuva – Teshuva out of free will. This Teshuva is different in the fact that it comes from the depths of the heart of the human being himself, turning his whole being to good and choosing the right path out of his own free will. This Teshuva can be truly called: ‘Teshuva Out of Love’ and this Teshuva is only possible through absolute free will. When that which motivates the person is the awe and fear of sin and failure, then that Teshuva is not complete since it is not out of love. On the other hand, when a person achieves Teshuva through free will, then that is on a completely different level; that is teshuva out of love.

We need to understand how Teshuva out of free will has such a tremendous power that it could create such a difference in the person and his actions.

I think this could be explained based on the words of Rav Kook in his book, L’Nevuchei HaDor, chapter 1: “The main element of the image of G-d in the person is the complete freedom that the person has… Without that free will, there would be no room for Torah and commandments, as the Rambam writes in the fifth chapter of HIlchot Teshuva. As stated only when a person achieves Teshuva that reaches the essence of the image of G-d within him, only then, an essential change happens to the person himself and he has the free will to also turn intentional sins to merits”.