The Eternal Nation is Not Afraid of a Long Journey – 5777 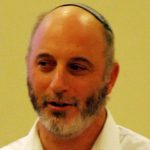 The Eternal Nation is Not Afraid of a Long Journey

The Torah describes at the beginning of the Parashah the route that Hashem led Bnei Yisra'el from Egypt – through the desert to the Red Sea. The Torah points out the reason for not taking the seemingly easier route; "…that God did not lead them [by] way of the land of the Philistines for it was near, because God said, lest the people reconsider when they see war and return to Egypt."

In this Passuk we have twice the word כי (Ki) that typically means "because", explaining Hashem's refraining from taking them through the land of the Philistines. If we try to understand the Passuk in the simple meaning of "because" then we find it difficult to understand the first explanation – "for it was near", the land of the Philistines being near would seem to us a reason to prefer that route, not an explanation why not to take that route. This difficulty brought the commentators to try and explain the first explanation in the Passuk a bit differently from the immediate meaning. One explanation is that the Torah is telling us that the land of the Philistines being near, is the reason the people of Israel will want to return, since it is close by, and returning is an option. According to this explanation, which Rashi and other commentaries bring, it is a secondary explanation, brought by the Torah so that we understand the primary explanation of Hashem's concern that the people of Israel will turn back.

Ibn Ezra introduces a different solution; the first instance is not coming to explain why Hashem refrained from taking that route, but rather it comes to explain why in the first place it would make sense to use that route – "for it was near". Once the Torah explains why we would have expected that to be the route, it explains in the second "Ki" why nevertheless Hashem decided against it – lest the people see war and then they will want to return.

But maybe the Torah wrote it in this slightly confusing style, for us to learn an extra lesson. specifically by understanding the Passuk in its immediate sense. The route through the land of Philistine, being close is actually the reason for not going through there. The Torah might be trying to tell us that taking the easier route, the closer route is not necessarily the best route. Building a new nation, educating a new nation, requires creating spiritual strengths, and in order to achieve that, it is necessary to take the longer route, it is necessary to take the more challenging route. The longer and more challenging route is the route that can build those strengths that are required to develop the skills and powers a nation needs – and if the nearer route will be taken, then these powers won't be developed, which would lead to a real concern that seeing war will cause the people to return to Egypt.