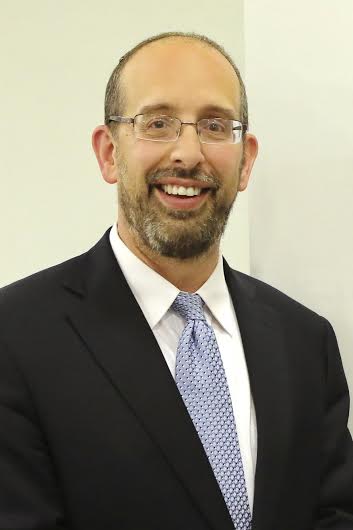 "These are the words that Moses spoke to all Israel, on the other side of the Jordan, concerning the Wilderness, concerning the Arabah, opposite the Sea of Reeds between Paran and Tophel, and Laban and Hazerot and Di-Zahav"

These are the words: Since these are words of rebuke and he [Moses] enumerates here all the places where they angered the Omnipresent, therefore it makes no explicit mention of the incidents [in which they transgressed], but rather merely alludes to them, [by mentioning the names of the places] out of respect for Israel (Devarim 1:1 and Rashi ad locum)

Criticism is always present in our communities. It can have very dire effects and less often positive ones.  When criticism is given constructively and positively it can be quite beneficial and helpful to the individual as well as to our organizations and synagogues. When it is given with malice, blame and with a pointed finger criticism almost always ends up creating more bad than good. We can learn much about how to criticize constructively from Moshe in this week's Parsha. If we really and truly wish to make this world a better place, more full of love and unity then learning how to criticize is a desideratum. Here are 4 things that we can learn from Moshe: 1) Be Brief: Much of the time when we think that criticism is in order it probably is not and it should be avoided.  Moshe, although subject to many complaints and attacks from the people rarely criticizes. When he does decide to criticize he does it in such a way that each and every word is taken into account and the least amount of talking is done. According to the Rashi quoted above, the rebuke that Moshe gives consists of only a handful of words, a sentence or two and no more. He felt that critique had to be limited to the absolute minimum. When we, today, give criticism or receive it, it often is conveyed in such a way that it is not short and is overly verbose.   2) Be Discreet: Today, criticism is given harshly and sometimes too directly and explicitly. We learn from Moshe that constructive criticism must be given carefully and sometimes discreetly and indirectly. According to Rashi, Moshe conveyed critique by only mentioning the places where the People sinned, out of respect "for the honor of Israel". According to Rabbi Israel Friedman, the Rebbe of Rhuzin, Moshe, in order that his critique should "enter into the hearts" of the People of Israel "wraps the critique in a proper wrapping" by using hints and allusions instead of being direct.

3)  Know your audience: Rabbi Yitzchak Meir Alter, known as the Chiddushei HaRim reminds us that Moshe's words were being said to a new generation, the generation that would enter the Land of Israel. This new generation was not the generation that participated in the actual sins. They still had not fixed the original sins and in many ways still continued in the ways of their parents but they were not the actual offenders. Thus Moshe knew that he had to critique them in a different way. He could not be direct and blunt with them or else he would be misunderstood.

4) Put yourself in the shoes of the people you are criticizing before you criticize: Chapter 1, Verse 4 at the beginning of our Parsha gives us the exact time that Moshe leveled his critique: "After he had beaten Sihon, King of the Amorite, who dwelled in Heshbon, and Og, King of Bashan, who dwelled in Ashtarot, in Edrei."  One can ask why this verse had to be written when in the immediately preceding verse the exact date of Moshe's words is recorded ("It was in the fortieth year, in the eleventh month, on the first of the month, when Moses spoke to the Children of Israel…"). Thus, we already know that it was after Sihon and Og had been beaten! By including this information here, the Torah wanted to emphasize that it was only after Moshe participated in battling these two mighty Kings with the People that Moshe spoke to them. He wanted to experience the hardships that they had to endure before passing any judgment on them. Very often we critique from afar without really understanding what the other is going through. Moshe's actions teach us that we must not critique in this way.

This Shabbat, the Shabbat which precedes Tisha B'Av, Shabbat Chazon, is an auspicious time.  It is a time to examine our deeds and our souls in order to correct our ways and lead our lives more in keeping with the ways of Hashem. The Talmud tells us that the second Beit HaMikdash was destroyed because people did not treat each other with respect. In the opening verses of our Parsha, Moshe treats the People with the utmost of respect. He knows that at times he must be critical but he gives the critique in a way that is well thought out, measured and done with respect. Let us follow in his footsteps with the hope that by doing so the full redemption will be brought about.