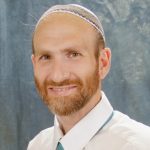 G-d Who Created the World or G-d Who Took Us From Egypt?

One of the main symbols of Judaism are the Tablets of The Ten Commandments – עשרת הדברות. Each detail in the Torah has tremendous meaning and even more so in The Ten Commandments. When we look at the first commandment (Deuteronomy 5, 6): “אנכי ה’ אלקיך אשר הוצאתיך מארץ מצרים מבית עבדים” “I am the LORD thy G-d, who brought thee out of the land of Egypt, out of the house of bondage.”

two questions arise: 1. What is the commandment? 2. Why is the basis for Hashem being THE G-d associated with the exodus and not with something much more basic that HE created heaven and earth?

Some commentaries say that the first commandment is not even one of the 613 Mitzvot but it is the basis for the acceptance of all the others. Without belief in G-d, there is no point in commanding anything else.

Other commentaries say that the commandment is to believe in G-d, but that does not explain why the exodus is associated with believing in G-d and not creation of the world.

Following the same guideline, Rabbi Riskin taught that the message of the first commandment is that G-d took us out of Land of Egypt – The land of metzarim – the land of hardships. (מצרים from the root of צרה, tzoross…), and we need to follow in his path and always help others in their time of need. It is so important that it THE first commandment.

This is true regarding any Jew but even more so for a Shaliach. The best way to bring the word of G-d to the diaspora is to be there for others and “be the representative of G-d in this world.”

The Sefer Mitzvot Katan (“The Small Mitzvah Book” – a compilation of all the 613 commandments with short explanations written by Rabbi Yitzchak of Korbil from the 13th century) learns a very powerful message from the first commandment. In the first mitzvah in his book regarding the belief in G-d he brings the Talmud that says when we reach the day of judgment we will be asked “Did you await the redemption?”. Rabbi Yitzchak asks: what is the source of the commandment to await Mashiach? He answers: It comes from the first commandment. The same way we believe in G-d that he took us and redeemed us from the land of Egypt, He will also bring us the redemption in our times.

The more we follow in His path and are always there for those in need, the sooner that day will come and we will all be together in the Land of Israel with Mashiach and the Beit Mikdash.