Happy birthday to … us! 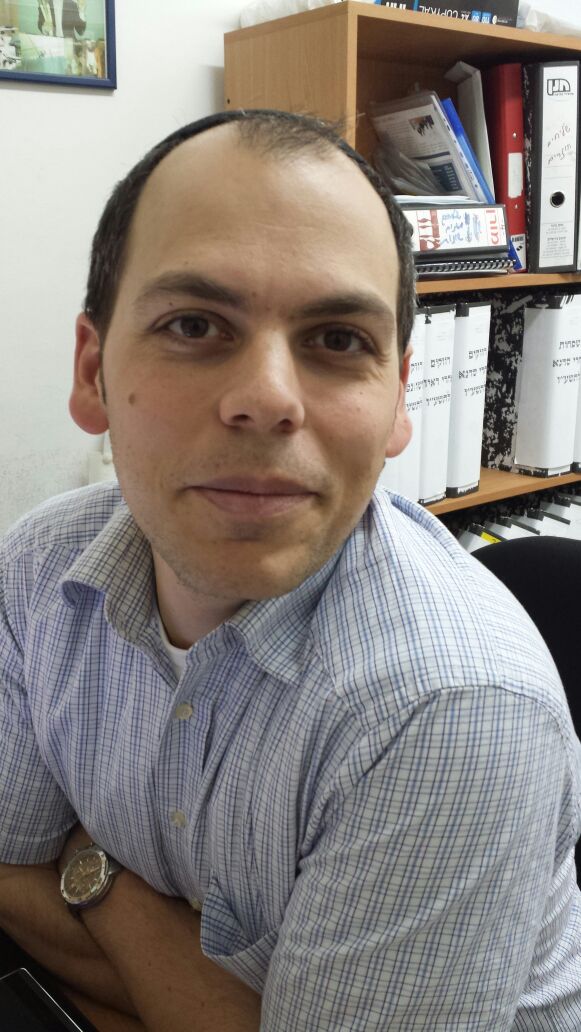 Happy birthday to … us!

Sometimes the connection between two stories, figures or pssukim in the Torah is not very obvious – but, like we see so many times in the Gemara, when you “scratch” it a little, you can find some very interesting connections.Adults (as opposed to kids) can be divided into those that love birthdays and those that genuinely hate them. Some see it either as a time to celebrate life, a time to make your cheshbon nefesh (self-examination) or simply an occasion to have some fun – like they call it in Hebrew “Siba Lemasiba”. Others, though, are either depressed by them getting too old (disclosure: I belong to that group), or feel it’s a nonsense event that is fitting for children but that there is no real reason to make a fuss about it.

Many times members of the latter group will tell you, that the only one to celebrate his birthday in the Torah is Pharaoh. And who wants to be like him, right? This seems like a winning argument. BUT although Pharaoh’s birthday is indeed the only one mentioned in the TORAH another one is mentioned in the TANACH. More specifically by the prophet Yechezkel. Hashem, through his prophet, describes the Exodus of Egypt as the birth of Am Israel: “As for your birth, when you were born your navel cord was not cut, and you were not bathed in water to smooth you; you were not rubbed with salt, nor were you swaddled. No one pitied you enough to do any one of these things for you out of compassion for you; on the day you were born, you were left lying, rejected, in the open field. When I passed by you and saw you wallowing in your blood, I said to you: “Live in spite of your blood.” Yea, I said to you: “Live in spite of your blood.”

Now one might argue that the comparison is false. Pharaoh celebrates his birthday, dozens of years after his actual birth – whereas Yechezkel talks about the real birth of Am Israel.             Firstly the Hebrew term is identical in both cases “Yom Huledet”. And secondly, more importantly, let’s have a look at what we all do on Seder night. Is that not a huge, eternal, birthday celebration extravaganza, which has been going on for more than 3 millennia? I want to argue that the story of our slavery in Egypt does not start with the Pharaoh’s son’s decision many years later to enslave our nation, neither at the time of the arrival of Yaakov and his family to Egypt. The story starts with a birthday and ends with one.        The reason I mention the connection between both birthdays is in order for us to compare them and understand how different they are. Let’s have a closer look at Pharaoh’s birthday: “On the third day—his birthday—Pharaoh made a banquet for all his officials, and he singled out his chief cupbearer and his chief baker from among his officials. He restored the chief cupbearer to his cupbearing, and he placed the cup in Pharaoh’s hand; but the chief baker he impaled—just as Joseph had interpreted to them” Mostly when we read this we focus not on the 3 characters present there, but on the one who is somewhere else – Yossef –  and the fact that he is forgotten. But let’s focus for a moment on the event itself. Pharaoh chooses to elevate one and kill the other without any clear reason. He does that randomly. This is pure atrocity. And it is certainly is no coincidence that this happens on his birthday. This day is for him a time to celebrate himself. His power. His ability to do whatever he likes. On the other hand we have our birthday. On this day too, not one but millions are elevated from being slaves to being free, and others, probably tens of thousands, are killed – all of Egypt’s firstborns. But in that case it is not random but rather the complete opposite of that. Hashem chooses every single house and decides – whether it is one with Israelite slaves who were obedient enough and courageous enough to mark their houses with the blood of the Egyptians’ holy animals – or the house of those who for generation enslaved millions of Israelites and murdered their newborn children.

Looking at the description of our birthday spoken of by Yechezkel, we see, more clearly than ever, the total and utter difference. Our birthday is marked by the complete mercy of Hashem. Taking care of us like a newborn infant amidst complete cruelty. Feeding, dressing, nurturing us. The birthday that Pharaoh celebrated was characterized by a human, thirsty for complete power, self-centered and his ability to randomly choose who lives and who dies.    The birthday that we are celebrating is characterized by the  Almighty using his infinite powers to carefully choose which house he strikes with death and which one he liberates. Those powers will then be dedicated during 40 years to foster and care for 3 million “babies” of all ages in the worst possible conditions of the desert.

On Leil Haseder let’s think about this aspect and these examples set by Pharaoh on the one hand and “lehavdil” by our liberator from slavery.

Happy birthday to us all! 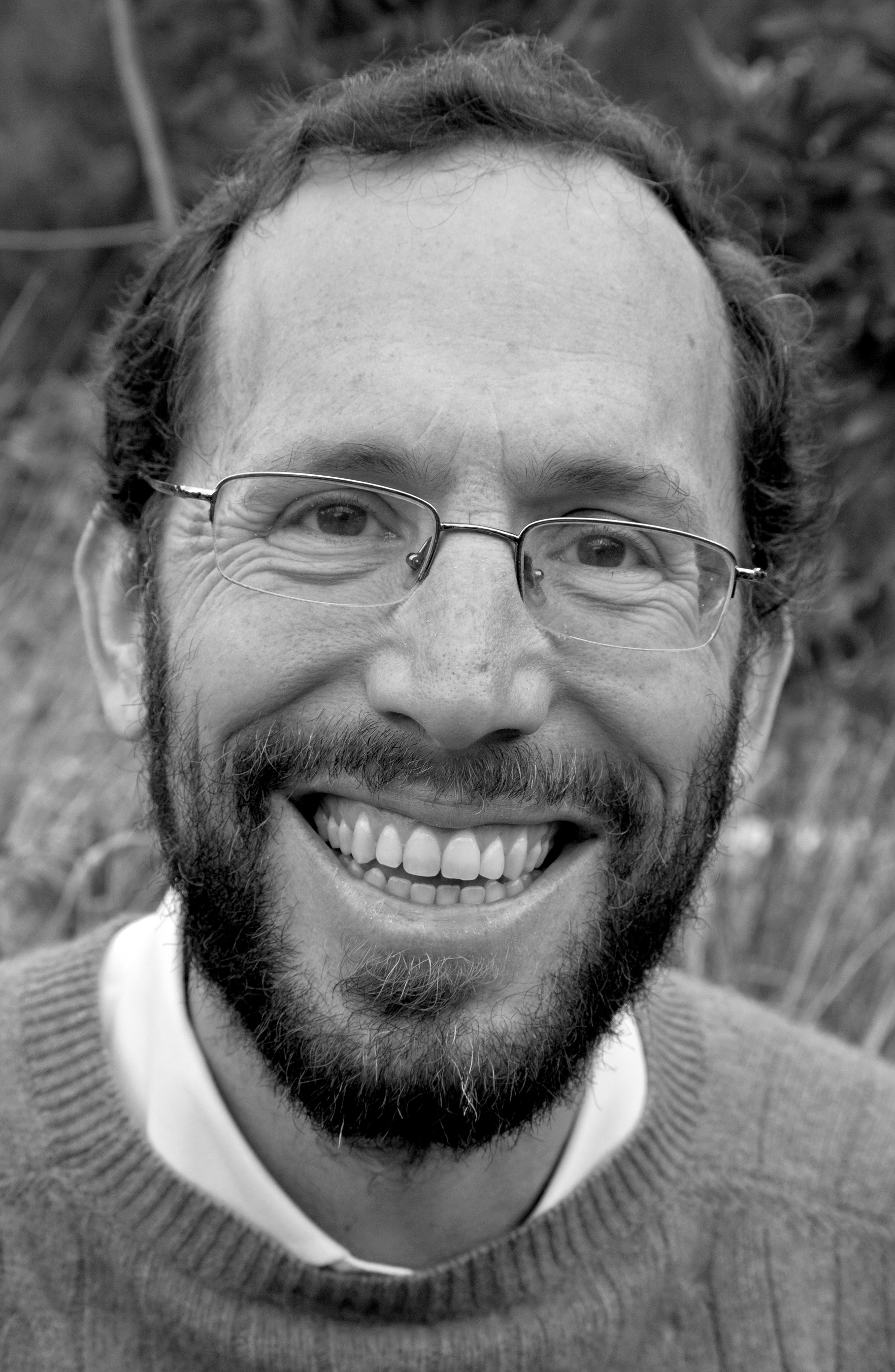 Parshat Shmini: The Return to Spirituality

In our days, there is a revival of Jewish spirituality. Kabbalah, Chassidut, and Jewish Mysticism, once the discipline of an elite have become popularized – and they are studied by men, women, religious and non-religious, even non-Jewish pop-stars. We are dealing with a process that is part of a broad cultural phenomenon that puts a great emphasis on the experiential, emotional and the imagination.Just as Zionism saw the Israeli nationalistic renewal as a return to the bible, we can see the new found emphasis on spirituality as a return to biblical Judaism. The biblical religious experience is characterized first and foremost by prophecy, direct discourse with God, drawn forth from man’s imaginative capabilities. Many have speculated about the connection between mediation and prophecy, as they each deal with achieving higher states of consciousness. Tanach, full of song and poetic expression, remains a direct source of spiritual inspiration until this day. The emotional experience of biblical heroes holds a prominent place in biblical literature. They experience a full range of emotions; they love and cry, have hurt and have happiness.

Where has the Spirituality Gone? Why are these voices of spiritual renewal heard specifically in our times? Why were they less dominant in past generations?. Reb Shlomo Carlebach saw this as a reaction to the the emotional trauma Am Yisroel has collectively experienced throughout the generations. The Mei Shiluach (Reb Mordechai Yosef Leiner of Ishbitza) explains why the kohanim are forbidden from coming in contact with death. The kohanim’s role is to serve G-d with joy, an ability that would be inhibited if confronting death. After the Holocaust, Reb Shlomo says, all of Am Yisroel metaphorically has the status te’umat meit. The bitter mourning we have collectively undergone as a people has had severe implications — creating a feeling of distance between ourselves and God, repressing our strongest emotions and religious expression. As the spiritual aspects of Judaism faded away, Jews began to search outside of Judaism to fill their spiritual void. Reb Shlomo dedicated his life to bringing fellow Jews back to a life of Torah. The first organization he founded for the cause was named for the verse in Tehillim (34:9) “Taste and see that God is good”. He spent his days telling stories, singing and dancing — bringing people close to Torah Judaism through his infectious love.

Foreign Fire However, things are more complicated. Spirituality holds in it great power. Tanach tells us that one misdeed Am Yisroel struggled to distance itself from time and time again, is the building of bamot, personal altars on which people would bring sacrifices to God. Despite the prohibition of bringing a sacrifice outside the mikdash, people felt such an uncontrollable urge to come close to God that they would do it in an illegitimate way. The power of spirituality can be dangerous; it can be difficult to properly channel it. This idea is tragically brought to life in this week’s Torah portion in the story of of Aharon Hakohen’s two oldest children. On the happiest day, the final day of dedicating the mishkan, at the moment of Divine revelation, Nadav and Avihu brought forth “a foreign fire that [He had] not commanded of them” (Vayikra 10:1). Unmediated proximity to the highest levels of holiness, the dangerous intersection between the finite and the infinite, resulted in tragedy. Without exercising proper discipline and recognizing boundaries, this meeting point can be deadly. This danger is reflected in a much later era as well in the story of “the four that entered into the orchard, where four sages delved into the depths of Jewish Mysticism. The results were not encouraging: the first one died, the second one lost his mind, the third became a heretic, and only one, Rebbe Akiva, came out unscathed (Chagiga 14b).

The History of Spirituality of Yisroel Harav Kook saw the destruction of the mikdash and the suspension of prophecy as part of a spiritual process and not merely a punishment. The lessening of the spiritual flame and the drying up of the prophetic springs created an opportunity to regain control over spiritual distortions and to begin to rebuild anew. The source of much of the problem stems from a lack of limits and discipline. The solution therefore requires limits and self-discipline with an emphasis on rigorous adherence to halacha. If the prophet characterized the first Beit Hamikdash, the chacham — the sage, is the dominant figure of the following era. Many movements — Christianity, Sabbateans and Frankism, to name a few — in the history of Yisroel have attempted to return spirituality to its place of central importance. Ultimately, these attempts lacked the discipline of following the mitzvot and inevitably branched away from Judaism. The Chasidic movement succeeded in bringing about a spiritual reawakening and to revive the religious emotional experience largely due to their unwillingness to compromise halachik discipline and obligation.

Every day, my students and I commence class by noting the date, immediately followed by the verse “This is the day HaShem has made, rejoice and be happy in it” (Tehillim 118:24). Upon coming to the realization that we must balance the spiritual with discipline and meticulous observance of halacha, we precede this verse with the end of Kohelet: “The end of the matter, when all is said and done — revere God and keep his commandments, for this is the whole duty l of man” (Kohelet 12:13).