“Kedusha” (holiness/sanctity) of a Place, Time and Man 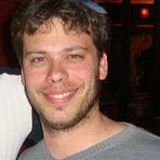 “Kedusha” (holiness/sanctity) of a Place, Time and Man

However, the rest of the verses say nothing about Shabbat, rather they talk about Jerusalem, its destruction and the hope to see it rebuilt: “Sanctuary of the king, royal city, Arise! Leave from the midst of the turmoil; Long enough have you sat in the valley of tears, And He will take great pity upon you compassionately.” “Do not be embarrassed! Do not be ashamed! Why be downcast? Why groan? All my afflicted people will find refuge within you, And the city shall be rebuilt on her hill”.  Why was it so important to the writer to emphasize Jerusalem in a song about Shabbat?

The answer is, what the Shabbat does to time, Jerusalem does to space. Imagine if God had not finished creation on the sixth day and rested on the seventh. What day would it be today? after the seventh day would have come the eighth, ninth and so on. The fact is when God rested on the seventh day, he created the week, as we know it today. Since then we count the days towards Shabbat; Sunday is the first day of the week only because Shabbat is waiting at the end of it.

In a similar way, Jerusalem does the same thing to space. When God chose Jerusalem as the place to put his presence, the “Shechinah”, he gave the rest of the world its meaning.

The headline of this article spoke about the sanctity of time, place and men. I would like to add something about the holiness of men, In the parsha we read about the appointing of the “Neseim”, the leaders of the tribes, in my opinion, a leader can give meaning to his community – he can raise up the people who follow him. In many ways, this is also the work of the “Shlichut”. The shalich needs to bring out the very best from members of his host community.

I believe there is a leader in each and every one of us, that makes us want to be better, to try to do good, a leader that can lift us to new heights.