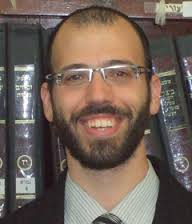 As talmudic sages and biblical commentators have pointed out, Hashem used a seemingly redundant word when commanding Avraham to leave Charan. (Bereishit 12:1) Instead of saying simply, “Lech”, “Go,” Hashem used the expression “Lech Lecha,” “Go for yourself.” Many different explanations have been offered for this choice of words – and see Radak and Ramban, who argue that this is a standard biblical form – but the most famous approach is that of Rashi: “Go for yourself,” for your benefit and for your good. “And there I will make you into a great nation”, but here you will not merit to have children. Moreover, I will make you known in the world”.Rashi’s comments channel a talmudic discussion (Rosh Hashanah 16b) regarding this verse. The Talmud first notes that changing one’s location can help to “tear up a bad decree”, and it follows this by using Avraham’s journey as an illustration of this principle. Then the Talmud offers a second opinion, that Avraham’s case is unique; changing one’s location has a negative impact on one’s life, but Avraham was saved by his destination; the merit of Eretz Yisrael protected and benefited him. [Rashi to Bereishit 12:2 adopts this second opinion].  These two approaches, emphasizing the impact of the journey and its destination, need not be viewed as exclusive; one may suggest that both the journey and its prospective destination played roles in Avraham’s spiritual growth. Further, the impact of Avraham’s journey and destination may be understood in both supernatural or in natural ways: On a spiritual level, wandering involved suffering which cleansed Avraham’s soul from the mistakes of early age [per Rambam and Raavad in Mishneh Torah, Hilchot Avodah Zarah 1:3]. The destination, Eretz Yisrael, also made a spiritual impact; the land is said to offer air which makes one wise (Baba Batra 158a) and enables prophecy. (Kuzari 1:95) However, one may also suggest that the gains of the journey and arrival in Eretz Yisrael may be understood in natural ways.  In 1893, the American historian Frederick Jackson Turner published a paper called The Significance of the Frontier in American History. In it he claimed that “American democracy… came out of the American forest.” Turner’s theory included two elements important for our current discussion. One was his elaborate explanation of how the movement west by American settlers was not merely geographic, but also a change of identity: while the east retained a European approach, relying on European imports and acting as Europe’s delegates to the new world, the settlers moving west forged a new, American identity. Out west, the European approach had to be changed and adapted for different conditions, European products were not available, and life and productivity turned inward. Hence, just by moving away, a new culture was born.  However, Turner adds another element: the destination, the frontier itself, also shaped the new American identity. The belief that prosperity is within reach of anyone willing to work hard; the seemingly unlimited opportunities opened to everyone, suggesting equality as not only a slogan but a dream come true, and the need to rely on each other’s support for daily survival, all of these aspects of the frontier were responsible for shaping the character of American life: democracy, egalitarianism, and fierce vitality.The implications for our case, I think, are clear: by leaving Charan Avraham left not only his family, but also an established culture, for the sake of a land where hard labor work was much more valued, as described in a midrash (Bereishit Rabbah 39:8): “When our ancestor Avraham journeyed through various lands, he saw the inhabitants eating, drinking and spending their time frivolously. Avraham asked that not have a share in those lands. Upon arriving at Sulamo Shel Tzur [in Eretz Yisrael], he found its inhabitants busy plowing and planting the soil. He said: ‘This is the land that I am asking from G-d as my portion.’ And Hashem said to Avraham: “To your seed will I give this land”.

In this new land, Avraham was able to shake off the sophisticated but idolatrous culture of Ur Kasdim and Charan, and to develop a moral theory of an abstract G-d, as well as a way of life which calls for ethical relationships between all people of the world – indeed, to lay the foundation of a great nation.