Pushing but not too Far 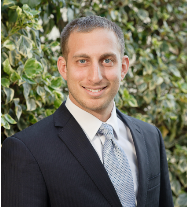 Pushing but not too Far

The Torah is the ultimate chronicle on leadership. Though some portray our heroes as angelic, a simple reading of the Torah is clear: the majority of our biblical role models were not superhuman, but rather super humans. Human beings with all the burden and benefit that this title entails. The deliverer of this manuscript, Moses, was seen as the supreme leader: Moshe Emet V’Torato Emet – ‘Moses is truth and his Torah is true’, Lo Kam B’Yisrael K’Moshe Od – ‘never in Israel has there arisen another like Moses’. And in one short passage at the heart of this week’s parasha, we are privy to an inkling as to why this is indeed a fact.When Moses is told that he will not lead the Jewish people into the Promised Land due to his mistakes in the episode where he struck the rock rather than speaking to it, his first recorded response was asking God (Numbers 27:16-17.): ‘to appoint a man over the assembly that will go out before them and come in before them, that will take them out and bring them in; and not let the assembly of God be like sheep without a shepherd.’ Moses, who experienced the birth pangs of the Israelite nation, who led them out of Egypt to receive the Torah and through the barren wilderness for decades of selfless dedication, was told that he would not continue the odyssey into their homeland. His response is mind-boggling. Not one complaint, not one question relating to himself – his first thought was who will carry them on? Who will continue what he had started. Remembering the golden calf that was built last time he was not around for forty days, Moses worried that his nation would be like sheep without a shepherd. I find this mere response inspiring and this shows his greatness as a leader. Leadership is about the people, not the leader, and Moses was the epitome of this message. When you go to to David Ben Gurion’s house in Sdei Boker or Menachem Begin’s in Tel Aviv, you see the humility of what it meant to live for a people, not for oneself. But another question can be asked on what he actually said. Why did Moses ask for a leader who would go out before them and come in before them, take them out and bring them in? If one goes out before the people he is taking them out and if he comes in before them, he is bringing them in – surely this is a redundant request? But this revealed another feature of leadership that made Moses who he was. As Moses stated, the Israelite people needed a leader who would go out before them and come in before them, someone that would address a problem and deal with it, that would lead the way ahead, setting the bar high and creating space for the people to rise to the challenge. However, sometimes the bar can be set so high that the leader grows beyond the people, deeming himself irrelevant. This is where a level of tolerance is essential or the leader will turn around after leading the way and the people will be too far behind. His ideals are right but his timing is wrong and this is why Moses qualifies his statement by saying that the leader needs: ‘to take them out and bring them in.’ This combination between pushing and pulling, between setting the bar high and ensuring that it is achievable, is not only incumbent upon every leader and associated followers, nor parent and children, but each one of us and ourselves. As Jewish people and human beings, it is upon us to constantly reassess our goals and how we would like to achieve them, by pushing ourselves but not beyond our limits. Rash (Numbers 27:17)i explained Moses’ request to be a point of distinction from other kings who would sit in their homes and send their armies out to battle. We see examples of this style of leadership in the Israeli army where the commander leads from the front with his troops and almost every successful sports team where the captain leads from within the team. This was the message of Moses in his humble request for a new leader – one that each of us can heed in becoming the best people we can, challenging ourselves with achievable goals.
comments: blevy@moriah.nsw.edu.au