Taking out the trAsh 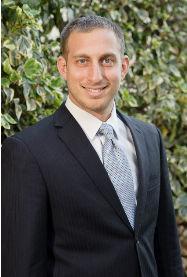 Taking out the trAsh

How do you begin your day? Some people start with a cup of coffee, and others with a brisk walk. In Temple times, the priests would begin their day in an entirely different and unexpected way. After getting dressed, the priest would ‘raise the ash of the elevation offering that the fire consumed on the altar, and place it next to the altar.’ (Leviticus 6:3) Essentially, the priest began his day by literally shovelling all the ash from the previous day off the altar, and placing it outside of the Sanctuary. It would seem this tedious task was below such venerable individuals, and that someone else should be dispatched to carry it out. Why is it necessary for the person who spends his day immersed in lofty and holy endeavours to carry out this mundane chore?Perhaps the Torah is teaching that even the most menial of tasks, such as ‘taking out the trash’, can be imbued with implicit holiness. Whilst many religions define that which is holy and spiritual by its distance from the material world, and by maintaining a clear separation between the spiritual and the material, here the Torah is sanctifying the material by synthesising it with the holy. Through taking this most physical of actions – clearing the ash – and imbuing it with spirituality, the Torah is demonstrating that holiness is not only achieved through separation and abstinence, but rather it can be reached through harmony between the material and the spiritual, and through an acknowledgement of the material as essentially spiritual. Indeed this idea is so important that it is taught through the first task of the priest’s day, which remains the first part of the ‘sacrifices’ section read in Shacharit, the morning prayer service, and thus establishes our perspective on spirituality for the entire day. This approach to achieving holiness through the elevation and sanctification of the mundane generates a significantly wider array of possibilities for achieving spirituality than the approach that requires separation from the ordinary in order to become holy.

The requirement that the priests start each day by clearing the ash from the previous day before embarking on their holy service in the Temple, presents an additional insight into the ‘celebrity status’ of the priests. As stated in the Jerusalem Talmud (Shabbat 10:3.): ‘There is no greatness in the palace of the King.’ That is to say, relative to the greatness of the Creator, we are all mere mortals, regardless of our social status. Celebrities in almost every arena are often put on pedestals by other humans. For this reason, we do not think of famous movie stars, rabbis and politicians as engaging in basic everyday errands such as washing the dishes or sweeping the floor. This in turn can very easily affect the self-image of those individuals, who begin to believe that they are above being involved in the everyday trivialities of life. This law requiring the priests to sweep up the previous day’s ash, equalizes all humans in relation to God and serves as a reminder of the humanity of the saintly priests despite their elevated status.

That said, the question still stands as to why the priest should begin his day with it. Why does it come before all the other tasks?

Not only do the masses need to understand the humanity of those with elevated status, but perhaps of greater importance is the need for the spiritual leaders themselves to appreciate their own normality and their place in the material world. It is easy for people with great fame or fortune to let their status and their material riches define who they are to the extent that they think themselves above basic responsibilities. By beginning the day with such a menial task, the priest is forced, on a daily basis, to absorb tremendous humility in view of his own position relative to the King of Kings.

This powerful lesson has long outlived the Temples and, as mentioned, is still positioned right at the start of the daily morning prayers. Perhaps, hidden beneath the surface of this fascinating requirement for the priests to clean up yesterday’s mess before starting their daily Temple service, is a metaphor for us all in the way we are meant to start each day. Every day, the first prayer we say upon waking up is Modeh Ani, a prayer of thanks to God for restoring our souls to our bodies and offering us the gift of a new day. ‘I offer thanks to You, living and eternal King, for You have mercifully restored my soul within me; Your faithfulness is great.’ If God with His ultimate faith in His beings, can restore our souls to us each morning, granting us the gift of a new day, it is incumbent upon us, before even starting our day, to set aside the ‘ashes’ of the previous day, to clear our slate, to set aside grievances and to start each day with a renewed and fresh perspective. Approaching each new day through this lens will help us appreciate the greatness of God and His mercy. It will help us maintain a humble perspective and remember the value and hidden sanctity in seemingly inferior tasks.