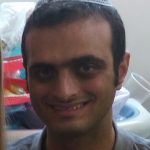 אֵ֜לֶּה מַסְעֵ֣י בְנֵֽי-יִשְׂרָאֵ֗ל אֲשֶׁ֥ר יָצְא֛וּ מֵאֶ֥רֶץ מִצְרַ֖יִם לְצִבְאֹתָ֑ם בְּיַד-מֹשֶׁ֖ה וְאַהֲרֹֽן וַיִּכְתֹּ֨ב מֹשֶׁ֜ה אֶת-מוֹצָאֵיהֶ֛ם לְמַסְעֵיהֶ֖ם עַל-פִּ֣י ה’ וְאֵ֥לֶּה מַסְעֵיהֶ֖ם לְמוֹצָאֵיהֶֽם: “These are the journeys of the children of Israel who left the land of Egypt in their legions, under the charge of Moses and Aaron. Moses recorded their starting points for their journeys according to the word of the Lord, and these were their journeys with their starting points” Our parasha concludes sefer bamidbar – the book of bnei yisrael’s journeys through the desert. The Torah chooses to open the parasha with listing bnei yisrael’s treks through the desert. Following this recap, the focus of the parasha is on issues which will follow entering eretz yisrael – including inheriting the land from the locals, future borders designation the future leadership, assigning cities for the leviyim, and even laws of murder. the mefarshim ask what was the importance of writing this brief overview of the history of bnei yisrael in the desert at this place.

Several answers are suggested: According to Rashi, for example, this is mentioned in order to show g-d’s mercy to bnei yisrael, noting that over 38 years am yisrael traveled only 24 times, which allowed them to be relatively settled. Ramban in the name of the Rambam mentioned that there was a commandment to review the journeys in order that they remember all the miracles in the desert. Since the desert is barren of food and water bnei yisrael are dependent on g-d’s close and visibale care. In a matter of fact they live off of miracles. It would be expected to find a connection to the rest of the parasha, which includes practical commandments for entering and starting practical life in eretz yisrael which are in contrast to life in the desert, As this is the turning point between two chapters.

one key line in the opening psukim of the parasha is “מוֹצָאֵיהֶ֛ם לְמַסְעֵיהֶ֖ם עַל-פִּ֣י ה'”. They depart to their journey’s upon the word of hashem. This requires faith since they are ordered to leave upon a moment’s notice.

According to Seforno, Hashem wanted them to write the journeys in order to announce their merit for following him in the desert which qualifies them to enter Israel. Furthermore, the life in the desert in which without g-d’s help requires faith that God will continue bestowing these gifts. In contrast to the desert living, the Torah turns to practical commandments relevant for eretz yisrael. They are expected to fight wars and live a practical life.

Turning the page to Israel requires taking responsibility in everyday life, without the visible miracles of yetziat mitzrayim and the desert. This requires a whole new kind of faith, with the understanding that man must act while believing that g-d is there behind the scenes.

The failure of Chet hameraglim was that am yisrael was not ready and still did not possess the faith that G-d will always be watching them. Therefore they feared the future of being able to overcome the challenges Of entering Israel. Am yisrael who have just been freed from slavery in Egypt with supernatural miracles did not have the level of faith required for starting the practical life of their destiny. as it turns out the shift from slavery to independent life was too sharp, am yisrael had to go through the lengthy period in his holy incubator in the desert. They had to build up their faith to gain their merit to enter Israel. They have proven it through  “לכתך אחרי במדבר בארץ לא זרועה“. 40 years in which at every given moment they might be ordered to get up and leave to an unknown destination.

With this they are able to move on to the next step, which they are commanded right after finishing the summary of their journeys

You shall inherit the Land and settle in it, for I have given you the Land to occupy it.