The Nesi’im offerings and Matan Torah 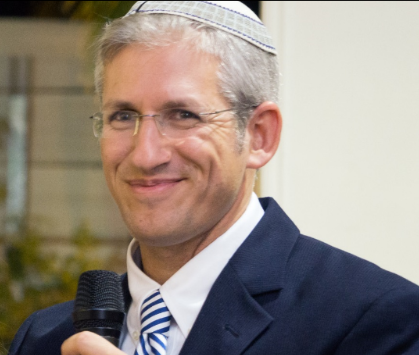 The Nesi’im offerings and Matan Torah

Parshat Naso is the longest Parsha in the Torah; it consists of 176 verses (which, by the way, is also the number of the verses in the longest psalm of Tehilim – psalm 119, and also the number of pages of the longest tractate of the Talmud – Baba Batra).   At first glance, it seems as if many verses of this Parasha are redundant. The Torah repeats 12 times the description of the offerings of the Princes of the Tribes of Israel (קרבנות הנשיאים) which are in fact, the very same offerings. The only change in the verses is the name of the נשיא. As if that is not enough, the Parsha concludes with other apparently pointless verses which are actually the summation of all the offerings, an obvious simple calculation we could have done without the help of the Torah. Seventy-eight verses could have been significantly summarized with a little effort! What did the Torah try to emphasize by all this repetition?   The main theme of the opening of ספר במדבר  is the action of counting, which is in fact, not only counting but rather פקידה – “תפקדו אותם”. The noun פקידה, is derived from the wordתפקיד – role. Every person in Am Israel is not merely a number. Each and every Jew has his/her own role which is crucial to the existence of Am Yisrael and the world. Each tribe has its own flag, culture, and priorities. The camp of Israel is not homogeneous but rather harmonious.. This balance between the individual and the public is the secret of ספר במדבר. One must find self-fulfillment within the general framework of society.   This concept is exemplified by the offerings of the נשיאים. Since they represent כלל ישראל, they should share the same offering, the same pronouncements, and the same Halachic framework. Each one of them, however, must express his own feelings and thoughts. Eachנשיא  had a personal and independentכוונה  (intent) when bringing his offering, an intent which alludes to the mission of his individual tribe (Bamidbar Rabba 13-14). Therefore, it is crucial for the Torah to emphasize this concept by repeating the offerings, since eachנשיא  brought an individual offering. Technically, it was the same קרבן, but conceptually, it was an independent one. This is a perfect example of how one can be under a strict framework but still find his own self-fulfillment. Similarly, we can all recite the same Tefilot but at the very same time have a totally different intention and focus.   This concept of the balance between the individual and the Klal is one of the foundations of the acceptance of the Torah. On one hand, there was remarkable unity “ויחן שם ישראל כנגד ההר” – “All of them together like one person with one heart, without any dispute(Mechilta.)”  Nevertheless, each one accepted the Torah according to his point of view – “The heavenly voice spoke and each one heard according to his/her ability to understand – the elders on their level, the younger men/women on their level, the children at their understanding, and even Moshe at his level of understanding” (Shemot Raba 85).

This is the great lesson of our Parsha; One can and must find individual self-fulfillment even within the strict framework of Avodat Hashem. It is fundamentally important to be a cohesive part of the whole, but at the very same time one can not neglect his internal voice since “One can only learn well that part of the Torah which is his heart’s desire” (Avoda Zara 19a.).   comments: ronennoy@gmail.com