The Very Same Moshe and Aharon 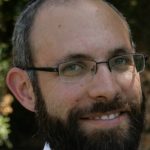 The Very Same Moshe and Aharon

Many good novels develop a story on different tracks which eventually wind up intertwining and connecting – often in unexpected and mysterious ways. Lehavdil, the book of Shmot seems to follow suit, beginning with the story of the enslavement on a national scale and then switching scenes to one particular family and the story of Moshe on an individual level. As we know, this Moshe takes a very different path in life than his brethren, and for many years lives totally disconnected from them. At the same time, his people’s lives continue to be ones of oppression and bitterness. It seems that the two paths have diverged until Moshe reaches the age of eighty years old, when Hashem directs him back to rejoin his nation and save them.

It is at this junction that the Torah finds it necessary (in our Parsha) to list Moshe’s lineage. For up till this point, the Torah merely defined his parents as “A man from the house of Levi (who) took the daughter of Levi.” Now the Torah lists the first three tribes and their descendants, thus arriving at Moshe and Aharon, sons of Amram, great-grandsons of Levi. Once their yichus is known, they can then proceed to enable the redemption through the Ten Plagues.

Yet there is a small curious repetition at the end of this parenthetical family tree. “This is (the same) Aharon and Moshe whom G-d told to take Bnei Yisrael out of Egypt…this is (the same) Moshe and Aharon” (Shmot 6:26-27). Not only does the Torah repeat their names, seemingly unnecessarily, but it also switches the order. Why is this? Rashi explains that the Torah is teaching us that the order here is not important, for Moshe and Aharon were of equal stature. Sometimes the Torah will mention Aharon first and other times Moshe will precede, since they are both on the same level and there is no need to honour one more than the other by mentioning him first.

A number of years ago Rav Aharon Lichtenstein zt”l quoted this Rashi in a Friday night speech in Yeshivat Har Etzion and I recall him asking an alarming question: How could Rashi claim that Moshe and Aharon were equal?! Hashem Himself says of Moshe Rabbenu that no other prophet was like Moshe with whom He spoke “Mouth to mouth”. One of the Rambam’s Thirteen Principles of Faith is that Moshe Rabbenu was on a totally different plane than all other prophets we have ever had. Our whole Oral Law is based on Moshe’s elevated status of being an unfiltered channel directly from Hakadosh Baruch Hu. How then could we compare him to Aharon and claim that they were equal (with all due respect to Aharon who was a great Tzadik in his own right)?!

Rav Lichtenstein’s answer opens a window into a whole world of Avodat Hashem that we should strive towards and that he himself embodied. He explained to us that at that time in Moshe’s life they were equal. At the beginning of the story, when Moshe and Aharon stood before Pharaoh they were still on the same spiritual level. However, Moshe did not stop there – he continued to grow and strive and seek out the ultimate path in serving Hashem. The Moshe who stood before Pharaoh later ascended Har Sinai and even beseeched Hashem “Show me Your ways that I may know You” (Shmot 33:13). A constant yearning for the Divine and perfecting his service of G-d is what accompanied his life. And this is what transformed him from Moshe, the ex-Egyptian prince, the Midianite priest’s son-in-law, the great-grandson of Levi, equal to Aharon into Moshe Rabbenu, it our greatest leader and prophet who achieved immense spiritual heights.

Through this insight Rav Lichtenstein sent us a clear message of how we should be developing our religious and spiritual personalities: constant striving to closeness with Hashem and fulfilling His will. There is no such thing as saying: “I’m happy with where I am”, or “That’s for the meshuge-frum people”, or “My Judaism is just fine, thank you.” One should be constantly learning in order to know where to improve and one should be constantly improving in order to get closer to Hashem. It is no wonder then that on his gravestone, the epithet that was chosen to epitomize Rav Lichtenstein, and the message that he taught us from Moshe Rabbenu himself, was merely two words: “Oved Hashem.”