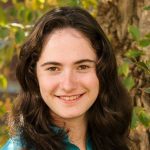 To Each His Own

The mouth is by far the most dangerous weapon a person can wield. It can fire with the greatest precision and its destructive capabilities are incalculable. As with any great weapon, one must guard carefully against its misuse. However, in this week’s parsha we discuss one who has not, one whose carelessness with his words has caused harm to others.

Such a person contracts a disease called tzaraat, which comes in stages. It starts almost benignly on a person’s house, if left to fester it will work its way to more and more intimate places until its final stage when it manifests on the body itself.

At this point, if tzaraat is confirmed by the Kohen, the person in question is called a metzora and is sent out of all the camps to be in isolation. Rashi explains that the metzora is punished middah keneged middah: just as he created division between his fellow Jews through slander, so to he is separated from Bnei Yisrael to experience the reality he has created between others.

What happens, however, when there are multiple metzorim? Although they are in isolation from the rest of the nation, they are all together outside of the camp. Does that mean they would no longer be isolated, but rather speak with each others freely in “exile” outside of the camp? How would this be an effective punishment? How will this teach them to appreciate the rift they have created between others?

The answer can be found in Parshat Metzora’s haftarah. The haftarah covers a story in Melachim Bet, chapter 7, which discusses a group of metzorim that interact with one another. The story takes place while Bnei Yisrael are under siege by Aram. The metzorim, starving and dejected, decide they have nothing to lose by entering the Armenian camp and begging for help. When they enter the camp, they discover that it has been deserted. Elated at their discovery, the metzorim eat and drink and take of the spoils in the empty camp. At this point, although they are outcasts from society, their communal conscience still bothers them: “We do not well: this day is a day of good tidings, and we hold our peace” (II Melakhim 7:9). Spurred by their good tidings, they return to the gate and relay the news to the city. Fearing a surprise ambush, the king is cautious and sends scouts ahead to confirm that the troops of Aram have indeed run away. The siege is lifted, and the starving city finally has food to eat.

The goal of the punishment of a metzora is not isolation in it of itself, but rather the message it conveys to the metzora: My words have created a divide in my community, have caused strife between my friends. The metzorim in this week’s haftarah indeed internalized this message, despite not being in isolation. They proved this by exercising their communal conscience and aiding in its restoration.

Each person has their own way of learning. Every one of us internalizes things differently than the person who is sitting next to us. A disciplining technique that works perfectly for one, may be ineffectual on another.

The punishments meted out by the Torah are not one-size-fits-all. Although each person learns their lesson differently, the Torah provides a very specific punishment for each sin – a metzora is exiled. When the punishment will not be sufficient to teach its lesson to the sinner on its surface level, HaShem will trigger events and create situations where they can. In our case, the metzorim would not have learned their lesson through exile on their own, nor would they have learned it had they not decided to enter the Armenian camp, therefore giving them the chance to save their brethren who were starving inside the city.