The True Goal of Yetziat Mitzrayim – 5777 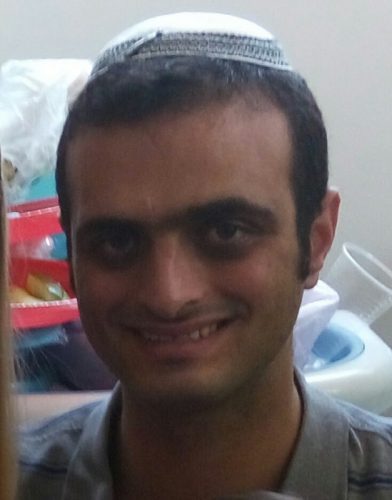 The True Goal of Yetziat Mitzrayim

"This month shall be unto you the beginning of months; it shall be the first month of the year to you" Right in the middle of the process of exiting Egypt, prior to the plague of the firstborn, Am Yisrael receives an unexpected commandment. They are ordered to perform the mitzvah of kiddush hachodesh – to establish a calendar. At first glance this would seem odd. Why is this mitzvah associated with Yetziat Mitzrayim?

But when taking a second, deeper view, instituting a new monthly and annual calendar represents a new beginning. There is a sense of new order and new life. The famous Rashi at the very beginning of Sefer Bereishit expresses the importance of this mitzvah; he posits that perhaps the Torah should have begun with this verse and this mitzva!

In order to better understand the essence of this mitzva, we must differentiate between two levels to the repemption from Egypt. Similar to Rav Soloveitchik's concepts of Faith and Destiny. Faith is something that happens to a person; occurrences which he encounters passively. Destiny on the other hand, is a course which one embraces, and is active in pursuing.

At first, Am Yisrael needs to be removed from the physical and spiritual slavery in Egypt. Am Yisrael goes through a violent extraction from Egypt. They are passive both in being forced into slavery and in being redeemed from it. But there is a second step – an objective and a goal they must take upon themselves. There is reason they are redeemed from Egypt. This destiny was conceptualized at Mt. Sinai and implemented fully when the nation entered The Land of Israel. Through the mitzvot Bnei Yisrael play an active role and fulfill their purpose. In the interim we were given the mitzvot which appear in our parasha and are given prior to Yetziat Mitzrayim, even before being directed to Mt. Sinai. Am Yisrael, before actually being freed from slavery and the impurity of Egypt, and are already entrusted with some mitzvot which give them an opportunity to take charge of their destiny. These mitzvot represent that process exactly – of maturing from the initial stage of extraction to taking their active role in achieving their dedestiny.

The first mitzvah is Kiddush Hachodesh. The calendar is the framework in which our entire annual cycle takes place. In this mitzvah the Beit Din, as the representatives of the people are the ones to declare when the next month starts, and in effect when the holidays will fall as well. After that framework is established, we continue with the commandments of Brit Milah, Korban Pesach and Matzot. In the circumcision a part of flesh is removed, representing the removal of negative aspects of physical life. In Korban Pesach (and any sacrifice in general), one is obligated to relinquish a physical asset to G-d. Next, The eating of Matza, unleavened bread, represents sufficing with physical life at its bare needs.

Following the exodus from Egypt, as the newly freed nation progresses to Mt. Sinai and to Eretz Yisrael, their destiny is fleshed out. The final aliyah of the parasha adds the mitzvot of bechorot and Tefillin. On Teffilin the Torah says:

The purpose of the mitzva is articulated; you wear Teffilin every day, so that G-d's Torah will be in your mouth, because g-d took you out of Egypt. You wear a physical artifact that is made out of flesh so you can carry the word of Hashem throughout the world. In the end it is not enough to be removed from the impure aspects of life; a holy destiny must be pursued in our everyday life.

As for bechorot, the first-born, the natural leaders belong to Hashem. But in a broader sense, all of Am Yisrael are the first-born sons of G-d, who are destined to represent him every day in life on Earth.

The above is based on a drasha by my Rosh Yeshivah, Rav Eliyahu Blumenzweig of Yeshivat Yerucham.