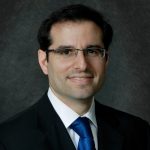 Yaakov’s dream is one of the most well-known stories in the Torah and stimulates our imagination about the ladder, its location, its shape etc’. The concept of a dream is also very intriguing and it has occupied the minds of many scholars, both in the Talmudic world, as well as in the world of psychology. The questions regarding the meaning of a dream, its effect on the dreamer and its significance are among the issues being discussed. In Judaism, as well in psychology, there are no clear answers for these questions which keep the mystery of dreams and their meaning. Yet another similar concept to a dream is a vision, which many times is used interchangeably. However, a question must be asked: are dreams and visions the same, or do they represent different concepts?

The first time the concept of a vision is mentioned in the Torah is in the vision that Avraham saw during the Brit Bin Habetarim (the covenant between the parts). The vision that Hahsem showed Avraham was very concrete. Avraham had to bring a sacrifice, split it and Hahsem created fire and smoke. The vision evokes more fear than a dream, which is more abstract and vague. The dream calls for human intervention, as it can be interpreted by friends and family (see Berachot 55-56). Yosef told the butler and the baker: ”Relate the dreams to me, if you please”. The dreams awaits human interpretation. Visions are clearer – Hashem’s message with divine signs, while a dream is a code that can be explained in different ways based on different interpretations.

The Jewish people go back and forth between dreams and visions. As a nation we are well aware of our destiny and vision. However, in order to fulfill our vision we must continue to dream and invite human participation to help implement our vision and destiny. Many of our leaders were dreamers; Yaakov and Yosef dreamed, lead their lives based on their dreams and fulfilled them by being active players. In Chapter 137 in Tehilim, King David describes redemption by saying: ”we were like dreamers”. the Jewish redemption will be like a dream that require us to be involved with it. This dream is part of Hahsem’s vision for us, but in order to bring the vision fruition we must dream.

Visions and dreams are two concepts that differ from each other but also complement each other. Dreams are the way to fulfill the vision; dreams are our way to partner with Hahsem to bring redemption. When we dream we can create worlds that do not exist at the moment and there are no limits to what we can achieve. The vision creates the framework; the dream gives us the wings to fly. The leaders of Israel must have both: Vision with a clear destiny and goals, and at the same time they need to dream and innovate. Its the understating of this unique partnership between Hahsem and us, between the dream and the vision that will bring redemption.