As part of the Shlichim training program, each year, Torah MiTzion organizes a Shabbat in Anglo community, to which the future shlichim come to get an impression of how a community in diaspora operates.Last Shabbat, we were hosted by the “Shivtei Yisrael” community in Ra’anana. We started the Shabbat with a musical  Kabbalat Shabbat and a meeting with the community’s rabbi, Rabbi Eitan Ben David – a former Torah MiTzion shaliach in Cape Town. Kabbalat Shabbat was especially successful, thanks to the musical skill of some of the shlichim and the enthusiasm and participation of the others.

In the evening, the bachurim and families were hosted by families from the community. After the meal there was an Oneg Shabbat, which took place in the Sundy Family’s home, themselves former Torah MiTzion activists in St. Louis until they made Aliyah. The Oneg enabled the community to connect to the Torah MiTzion movement. The bachurim said Divrei Torah and experienced, somewhat, what it is to be an shaliach in a community.

During Shabbat we gathered for communal meals, and at Seuda Shlishit we were honored by the presence of many members of the synagogue and their families. At the end of the meal a special panel was held on Diaspora Jewry, in which a number of community members answered questions about Zionism, Diaspora Jewry and Aliyah. The panel was powerful. I personally think it was thanks to the honesty and directness of the participants. On the one hand, they spoke about the strong Zionist feelings that brought them to Israel, but on the other hand, they also shared the difficulties they faced and continue to face in Israel.

The encounter between the community and the bachurim allowed the future shlichim to see the potential impact of their mission. Most of the “Shivtei Yisrael” community members had made Aliya, many of them thanks to the activities of Torah MiTzion’s shlichim.

We thank the dear community, and all the host families who welcomed us warmly, and to all the people who took part in this Shabbat! 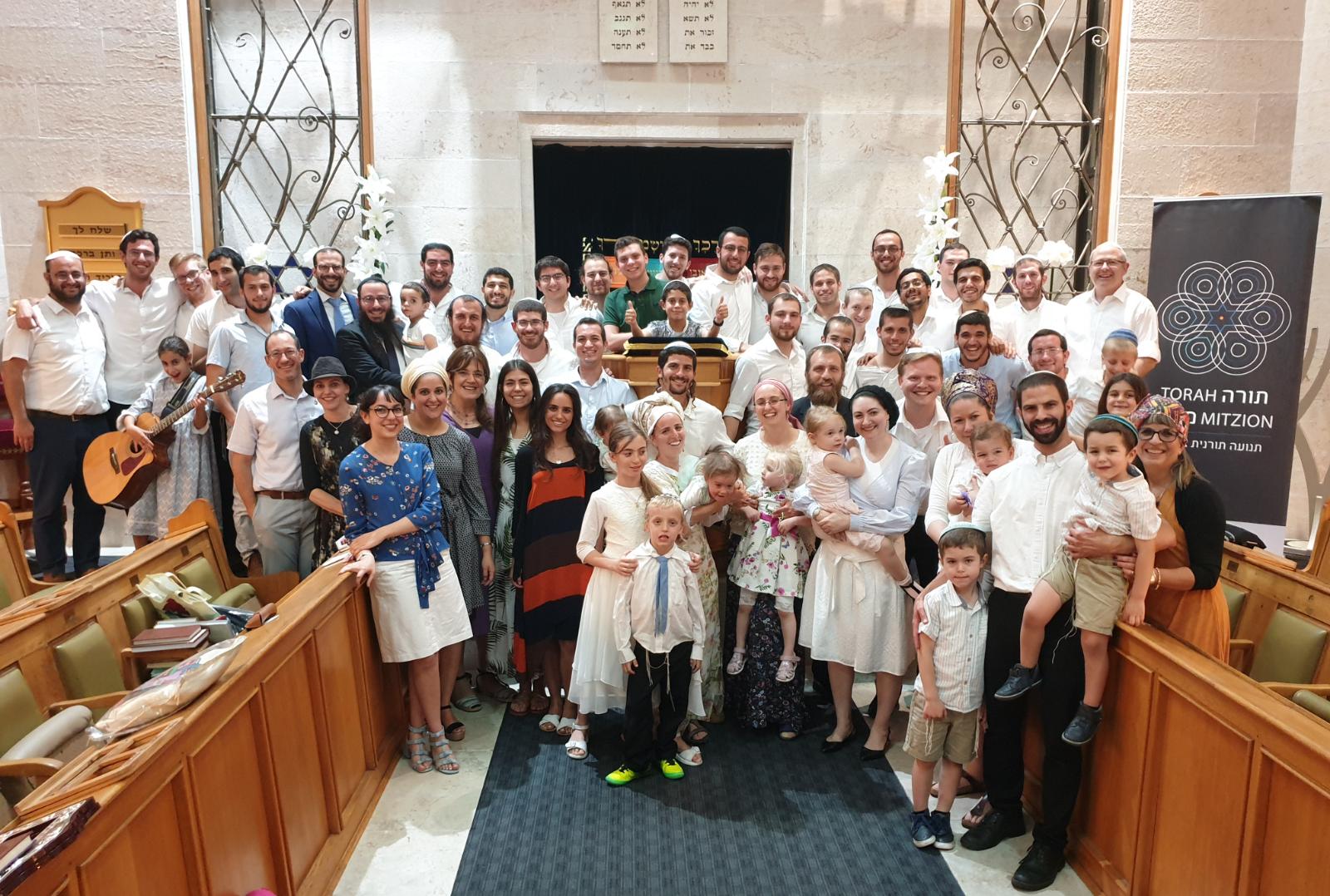